How the Light Gets In Festival 25th and 26th May

The Bristol Festival of Print and Music May 20th 8pm

roll up roll up for the Undergrowth tiny tour of the South West! 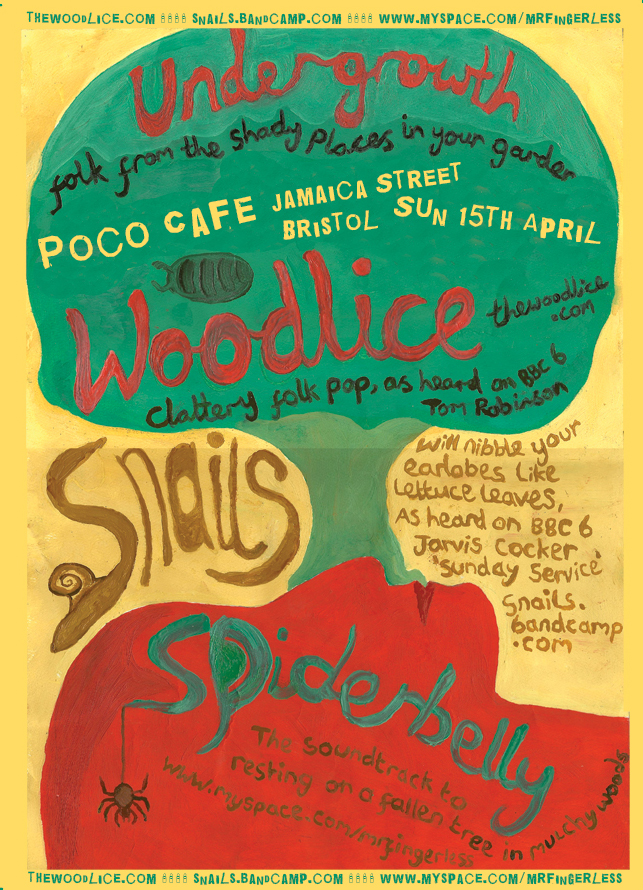 Bristol
The Woodlice
Clattery folk pop from the wood rot, as heard on BBC 6 Tom Robinson
thewoodlice.com
Spiderbelly
Nick Drake fingerpicking in the tummy of a tarantula.
myspace.com/mrfingerless
Snails
Will nibble your earlobes like lettuce leaves, as heard on BBC 6 Jarvis Cocker “Sunday Service”
snails.bandcamp.com
8pm £4.00 on the door.

The Woodlice play at this great night alongside Mog and Andi Skellam and Nikki Grant and a host of other very special guests.

Mince Pies and Hot Folk.  Bring it On!

The Woodlice play at the ciderlicious celebration of the pomme.