Jet McDonald lead vocalist and songwriter with The Woodlice emerged from the Cleaner Collective of folkish Bristol musicians that included Kate Stables (This is the Kit Brassland),  Rozi Plain (Fence) and Rachael Dadd (Broken Music).  Jet and the band have toured nationally including The Home Game and End of the Road festival and had airtime on BBC 6 Music Gideon Coe and Tom Robinson. They are now part of Bristol “Undergrowth” collective alongside “Snails” (Jarvis Cocker and Pastels favourites) and “Spiderbelly” (This is the Kit support) 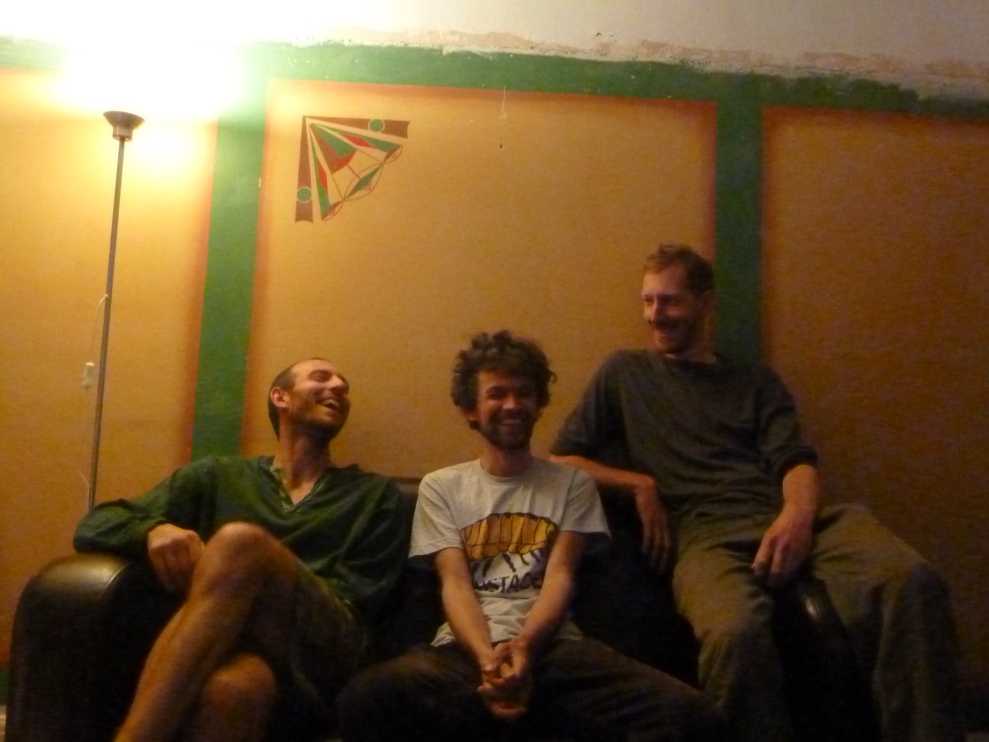 The band  hail  from Bristol UK and the current line up is Jet on Guitar and Vocals, Si on Bass and Vocals and Mini on Drums and Percussion and Dan Weltman (Snails) on violin. New photos up soon.

A single came out from the Undergrowth Collective in April 2012 (see our bandcamp site here) and The Woodlice album “Certain Gifts” comes out Wed 4th June 2014 at the Undergrowth Night at The Greenbank, Bristol.

A  mini  LP  “One Last Song Before It’s Time To Go” was launched  April 24th 2010 in the Miners Arms St Werburghs Bristol.

The band started off as troubadours  and then evolved into  a punkier pop outfit lying somewhere between Violent Femmes and leftfield folk. It  benefited at different times from Virpi Kettu virtuoso Finnish violinist (contributor to Flockabillly) and Hannah Porter part of the Porter Super Folk family and all round instrumentalist (contributor to the album “Punk Folk Disco”) and Joe Medler, percussionist, celidh leader, swing dancer and much else besides (he’s the ginger one in the photos.)

One response to “About”